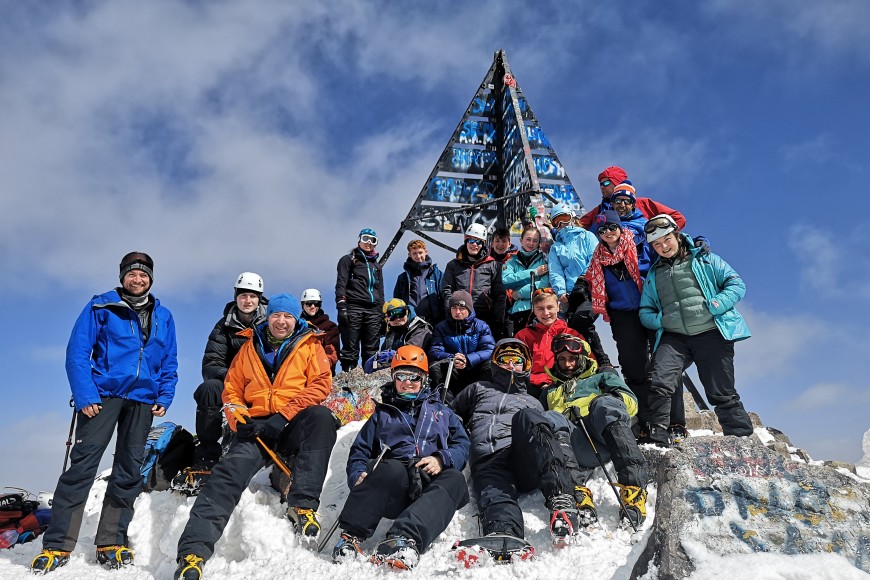 On 14 February 15 sixth formers from Queen Katherine School, Kendal set off for the Atlas Mountains in Morocco to climb Jebel Toubkal – at 13671 feet, the highest mountain in North Africa led by Danny and Tim.

After a night in Marrakech, the group travelled into the mountains to Aroumd; the village at the head of the road and helped by mules to carry the heavy gear, trekked into a mountain refuge at 11000 feet.

Danny then made sure that the group were trained in correct use of crampons for the icy conditions – temperatures were around minus 10; and how to use ice axes to prevent a slip from turning into a serious fall.

The following day was summit day – we had to climb a steep slope safely to gain a hanging valley and then follow a snowy ridge to the summit – 4 or 5 hours later.

Despite the high altitude slowing us down, there was a last minute sprint by some to the top – and there we were – the highest people in North Africa with hazy views of surrounding snow covered peaks and the Sahara desert somewhere to our south.

It snowed the following day so we took refuge in the hut with some forays out into the blizzard to practise ice axe arrests, dig snow holes, practise belaying from bucket seats, and undertake a newly invented activity called snow caving where we hollowed out a mini bergschrund and followed it between the rock and the snow….

Fourteen inches of new snow later and the avalanche conditions were a little serious, so we descended to the village, dried gear, soaked up the sun and were treated to a session in the village hammam or communal bath house, the girls going with Mrs Ford, the lads as a group by themselves.

With camel riding the next day and exploring the souks and bazaars of Marrakech, the trip concluded.

Thanks to Mrs Ford, Danny, Tim and Graham but most of all to the team for being brave enough to take on a big challenge far from home and being such a pleasure to take away. 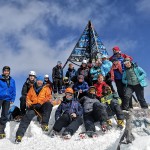 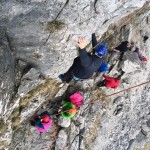 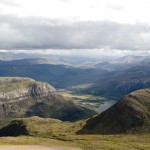